Today brought a ride up a mountain for fun, holiday traffic and a lesson in not being to presumptuous about the availability of petrol stations.

The forecast on the range, and where we had planned to head today, showed thunderstorms so we decided to skip that part of the journey and hope for better weather on our return. We did decide, however, to repeat our sidetrip up the Oxley Highway that we had enjoyed so much the afternoon before. 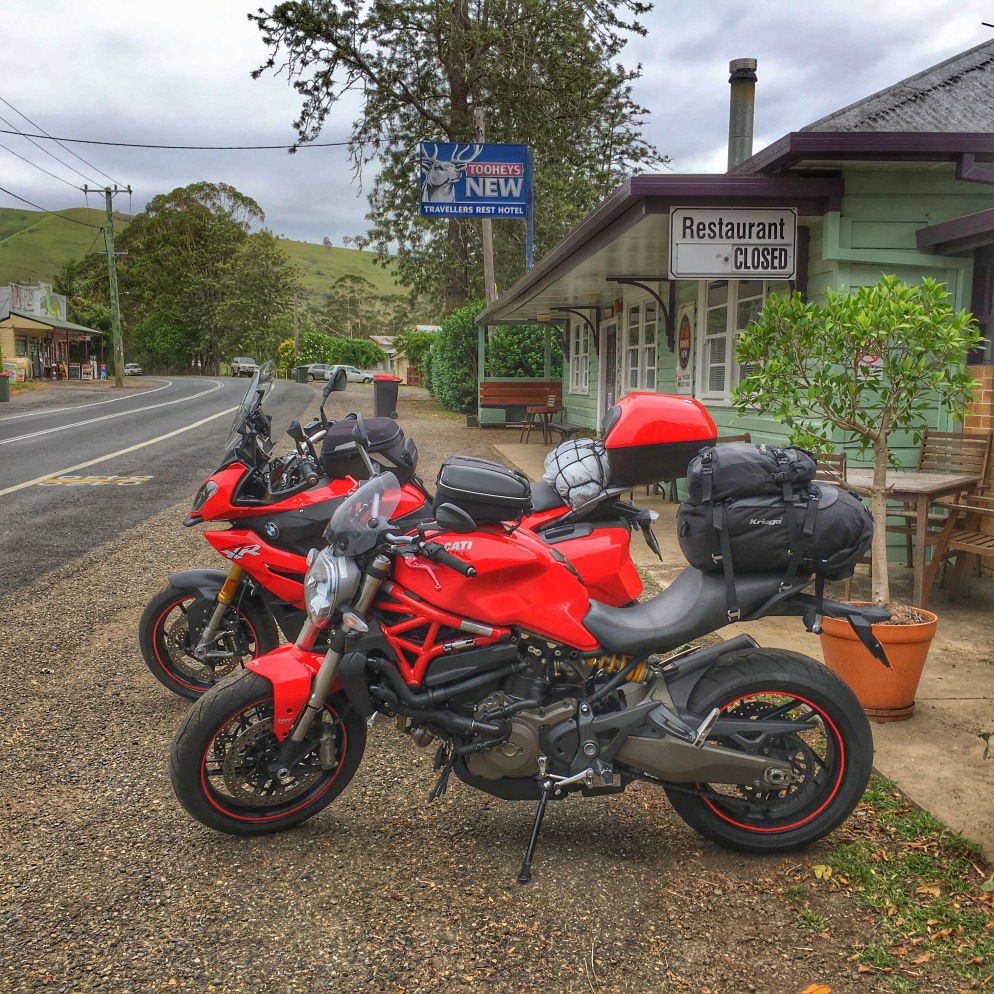 After our stay in the rather rustic (read ‘in need of some love’), but perfectly acceptable and incredibly friendly, pub at Long Flat, we headed off for our side trip, enjoying the virtually empty road and magnificent curves and tight, twisting hairpins if the Oxley Highway. It is such a great motorcycling road because it is quiet, features great bends and (unusually for New South Wales) the road surface is excellent. 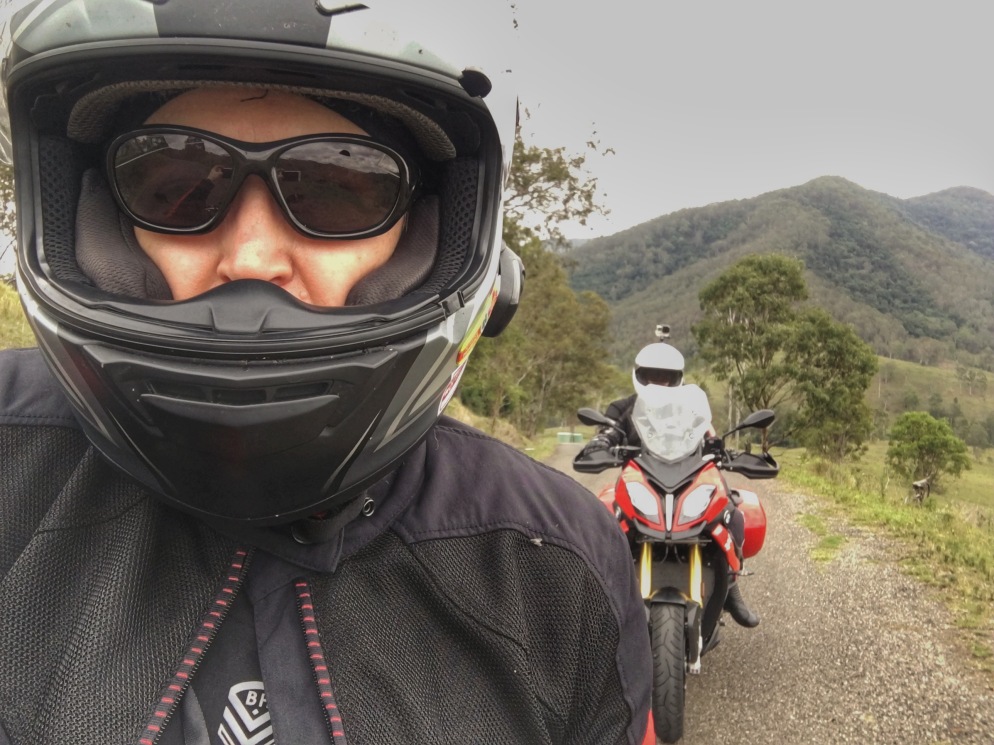 We stopped at the Mount Seaview Resort for a coffee and a stretch before riding back down the mountain to Wauchope and onto the Pacific Motorway to join the rest of the holidaymakers heading north for Christmas. 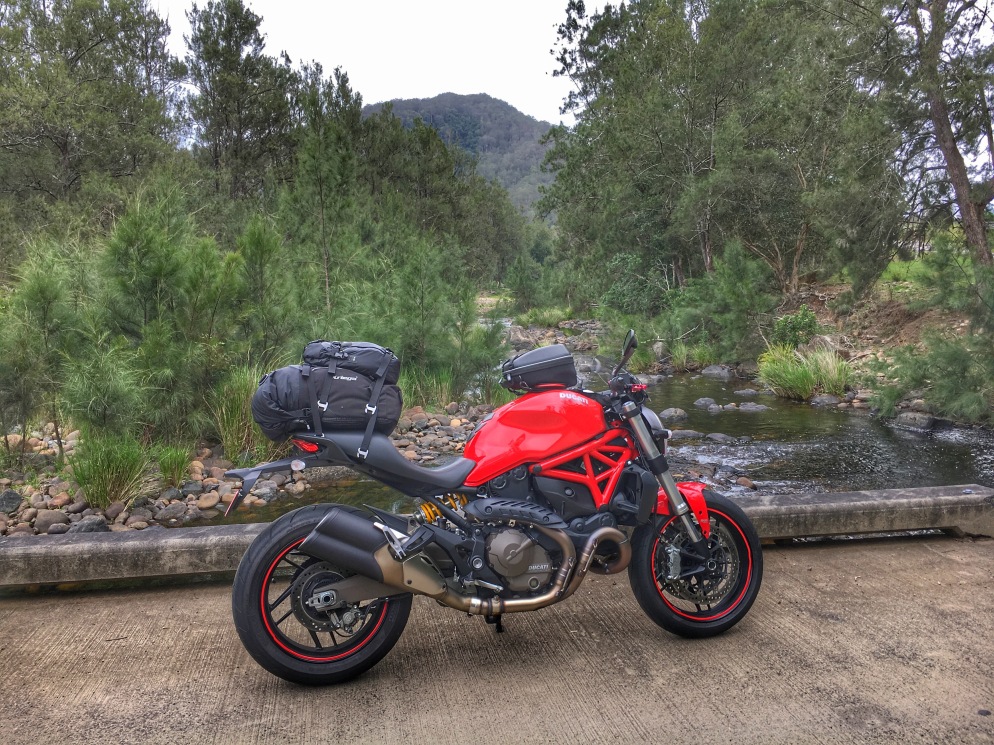 The Pacific Motorway/Highway has improved greatly over the years, introducing many stretches of dual carriageway (“divided road” for the Aussie readers) allowing top speeds and bypassing bottlenecks of old. Unfortunately, they haven’t quite bypassed Mackaville yet so we crawled, for maybe 20 kms before this pretty town, although we probably crawled much less than the cars, given our ability to lane filter, sneak up turn lanes and generally thread through bugger traffic.

A picnic lunch at Macksville allowed us to regenerate a little before hitting the road again, past Coffs Harbour and onto Grafton. Nothing exciting, riding wise, except the ability to cover kilometres quickly. 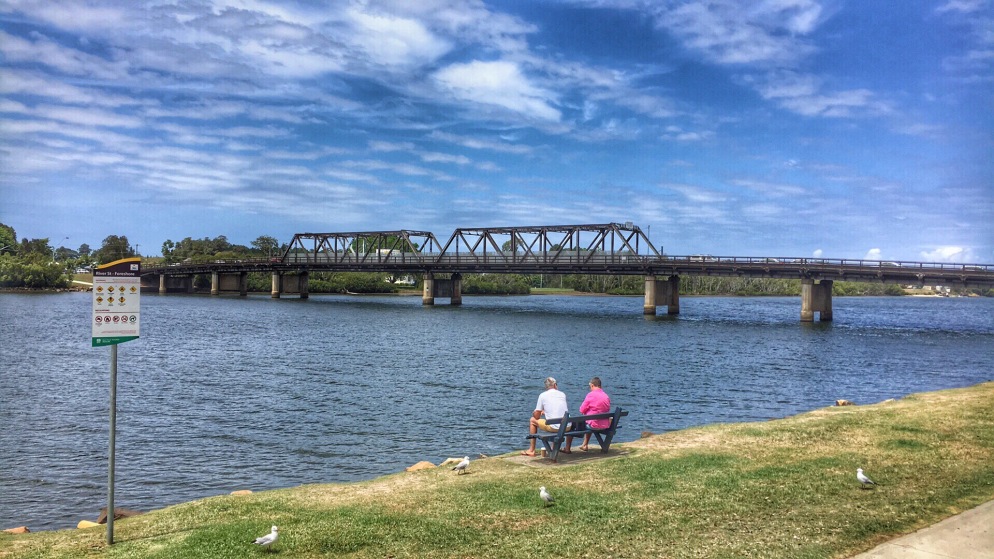 At Grafton we got complacent. The opportunity to fill our tanks was passed on due the lack of availability of 98 octane fuel, chancing it to the signposted town half way between Casino and Grafton (a distance of 100km between these two places).

And then our fuel lights came on. Gary’s motorbike showed his remaining kilometres left in his tank, he didn’t share his panic when his display showed zero kilometres remaining but he did share his relief when we reached a petrol station in a ‘town’ of five houses! 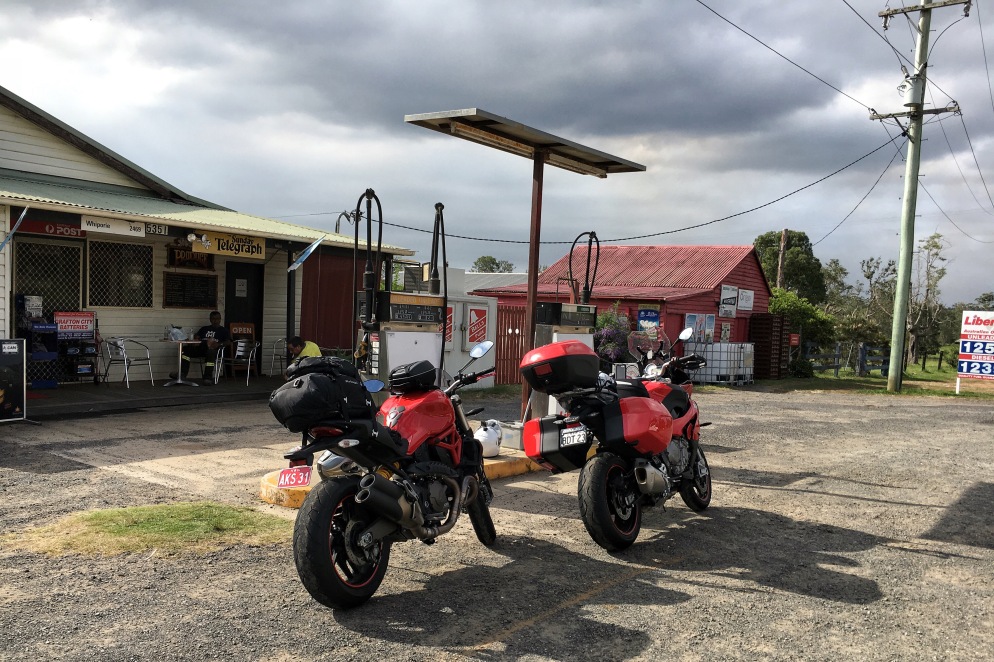 Luckily the petrol station was open, we had to settle for 91 octane but that was preferable to being left standing at the side of the road having run out of fuel. Lesson learned, fill up at major towns no matter what! 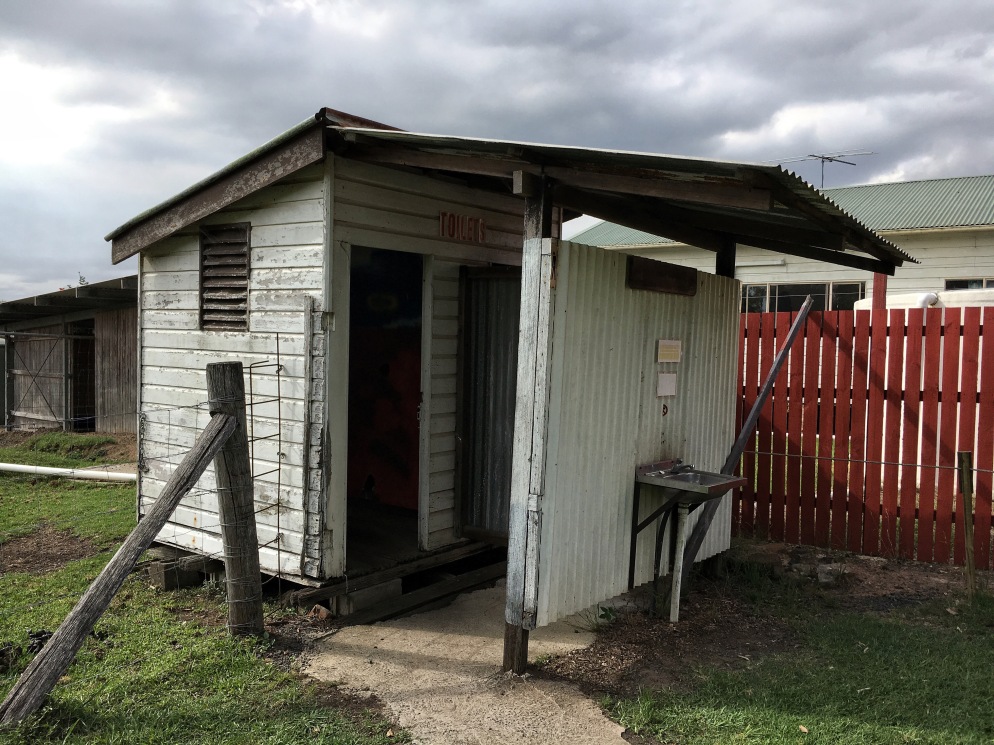 Arriving in Casino, we had another 500kms on our odometers and a total of 13.5 hours of riding over 2 days – details thanks to Rita, she likes her stats.

Plans for tomorrow are still being developed but it’s looking like some mountains via Uki and Mt Warning, then motorway to Brisbane and a bit of the Sunshine Coast hinterland for our final leg. And then a big rest and a bit of Christmasness.