It’s the New Year so new year greetings to everyone!

And 2018 brings on the final weeks of my recovery; I’m still not allowed to ride due to the limited grip strength in my wrist, but I can get able to get out and about as a pillion.

It’s been quite the journey! I was told initially that my arm should heal without an operation and then, two weeks into my recovery, X-rays showed that the healing wasn’t going to well. A previous broken arm (less dramatically caused, falling over in a gym class) had been fixed with a plate insert which had never been removed, this plate was now interfering with the healing process so back in I went, to have my arm cut open, bones fixed up and another plate fitted. Back to square 1.

That said, I did get to have an amazing fibre glass cast in red, totally waterproof and the essential fashion piece for the festive season. So it wasn’t all bad. 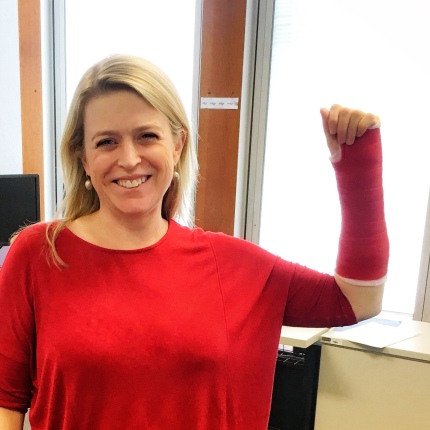 Fortunately, the operation all went well and five weeks later, a mere week before Christmas, my cast was removed and the physiotherapy commenced.

Thanks for everyone’s support and kind words during the past few months, I’m excited about 2018 and what adventure my next bike will bring! 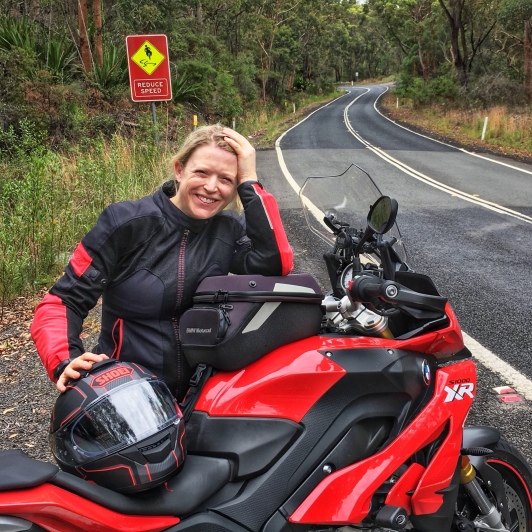 So here I am, almost eight weeks after the operation, doing physio as instructed and working out which motorbike I will buy next. Test rides should start early- mid February, depending on my progress so, in the meantime, my life as a pillion continues.