A weekend to the far north Hunter Valley region led us to head east and explore the Great Lakes area. There we discovered beautiful coastline and an out of control bush fire.

We left late so zoomed up the motorway to Peat’s Ridge, through Mangrove Mountain and joined the Great North Road to Wollombi. This road winds through a beautiful low river valley which is very popular with motorbikers who want to get a bit further away from Sydney. Here I am at Lemming Corner, a glorious bend but a notorious black spot for the unskilled motorbiker. One to not be an idiot on as a helicopter is required to get you out if you are, a reminder how remote some of the roads can be, even when they seem like they are not to far from civilisation. 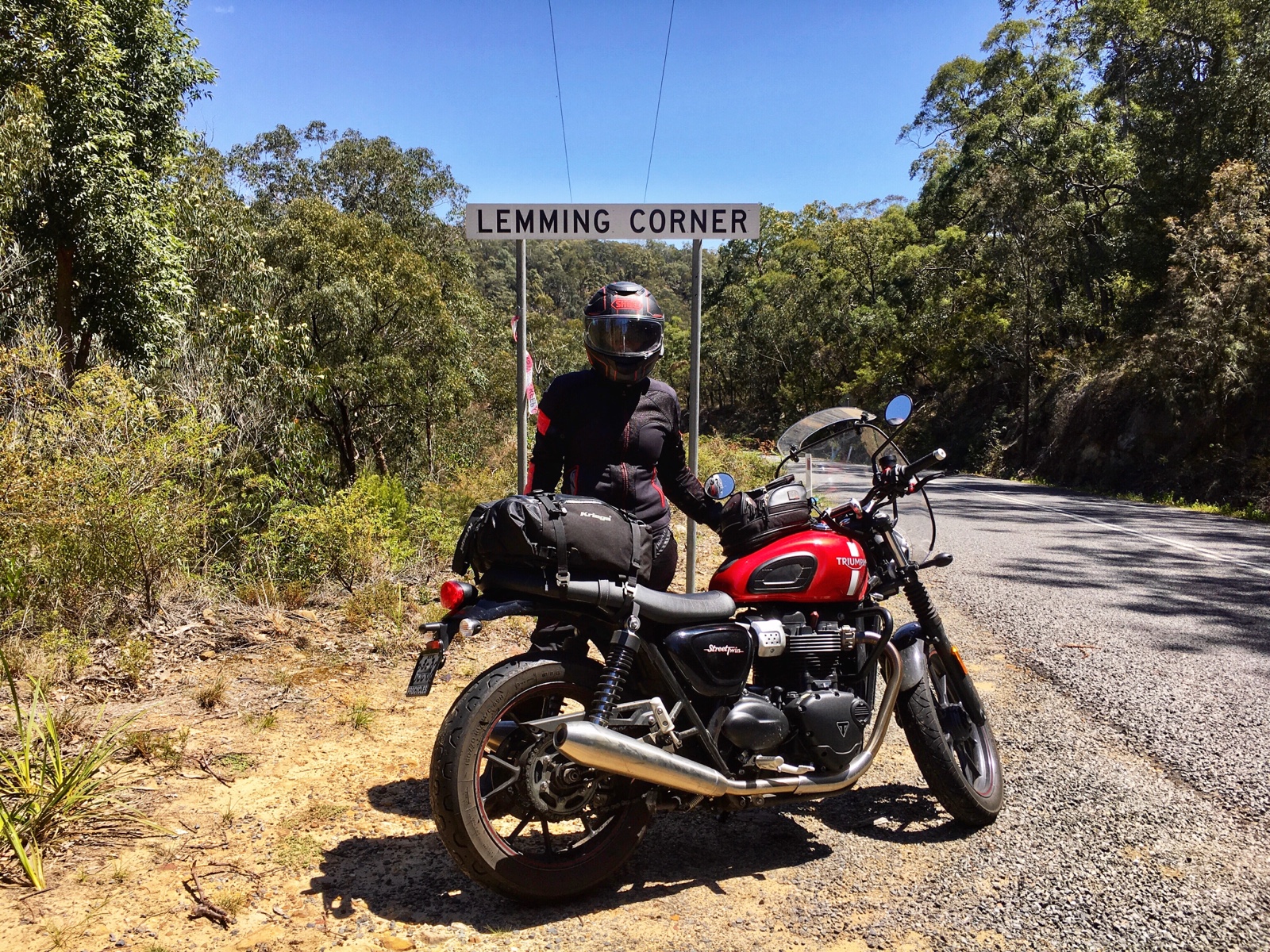 We headed north through what we now call The Furnace Known As The Hunter Valley. I am not sure if it is a coincidence (in fairness it probably is) but every time we traverse the Hunter Valley on our bikes, it’s very hot and today it didn’t let us down. We took a route through Dungog to Gloucester which we have ridden many times before (a search for ‘Gloucester’ on this site will yield results for those interested) and settled into our accommodation for the night. Dinner at The Roundabout Inn Kitchen is always great again, for those interested. Oh yeah, England beat Australia in the Rugby Union quarter finals, which was nice.

Considering our options for day two, we decided to explore the coast, an area Gary had never been to. Of course we had to stop at the local lookout and take a photo. It seems we might need a bigger tripod though because we didn’t get much of the lookout view in this shot!

As we headed east, we could see the telltale smoke from bush fires. It can be hard working out where bush fires are when you weaving around country roads but fortunately this one did not impede us.

This is Forster, a beautiful town but like many surrounded by forests, vulnerable to bush fires especially in times of drought, when it is hot and there are high winds. Yesterday was just such a day, hence the furnace in the Hunter Valley, and unfortunately something (or often somebody) started a fire. Two thousand hectares worth (that’s almost 5,000 acres in old money), luckily it looks like there’s a river between the fire and the town so I am confident that the town, at least, is protected… time will tell though. 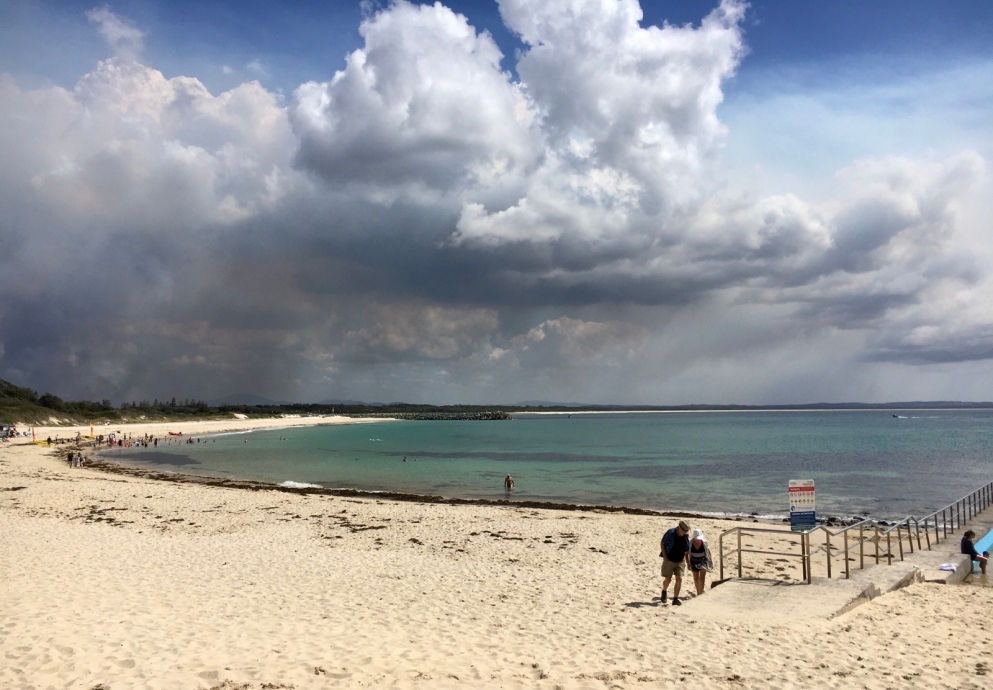 We left Forster behind heading South and hugged the coast as much as we could. At one point we were flanked on both sides by water, the ocean to our left and a beautiful lake to our right, dotted with camping and picnic grounds. Probably heaving in the summer months and school holidays.

We turned off the road for a sign to ‘Seal Rocks’; sounded interesting. We were greeted by a beautiful hidden cove that more than a few people knew about. With holiday cabins, a tiny shop and some very expensive looking holiday homes, I am sure this has been tagged as ‘the next Byron Bay’, something many many beach towns in Australia are hoping to become (and not for good reasons, it’s all about the $$$) however a read of the Wikipedia article about this town shows that there is a lot of resistance.

We spent so much time exploring this area that we had to take the motorway home, not our favourite option but certainly the quickest when we get carried away with exploring.

Even though the New South Wales Great Lakes area isn’t quite on the scale of its US namesake, it is a very beautiful part of the coast. And the fires, even though they can be quite confronting, the Indigenous peoples of Australia have been burning this country for thousands of years so, hopefully, they will contribute it to being even more beautiful.